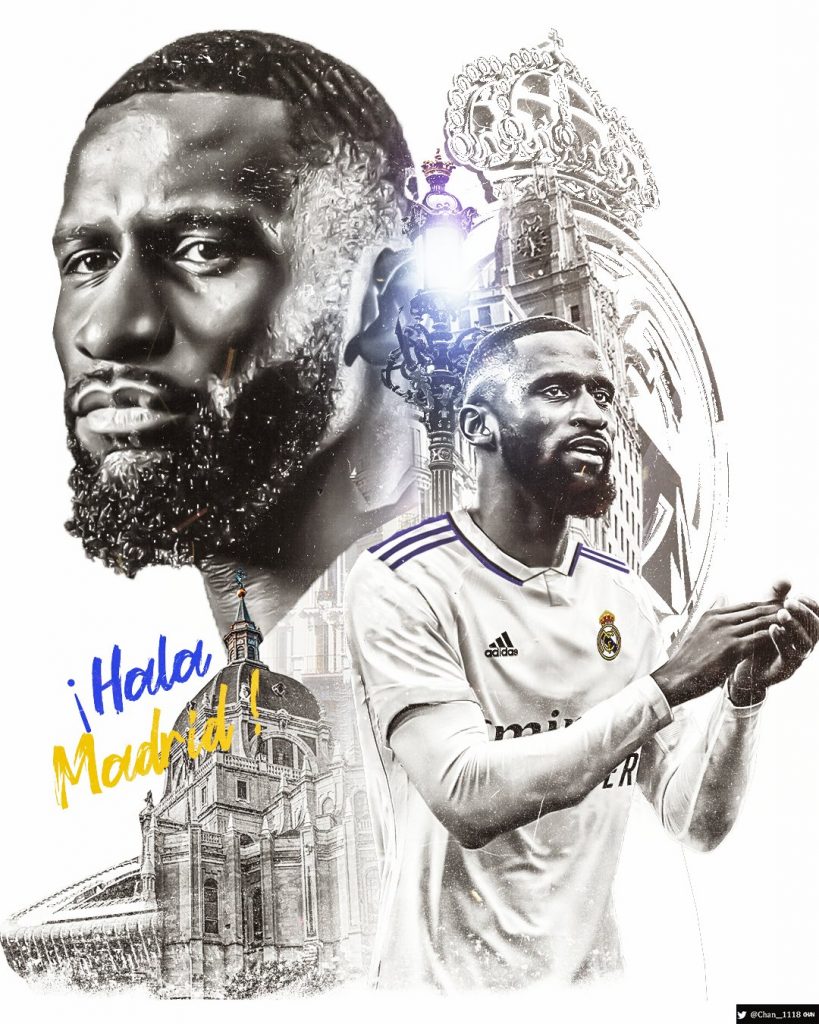 Antonio Rudiger has confirmed he will be joining Real Madrid next season after his contract with Chelsea expired.

Rudiger announced on the last Premier League game for the Blues that he will not renew his contract.

The German who joined Chelsea from AS Roma became am integral member of the club and was instrumental when Chelsea’s UEFA Champions League defeated Manchester City in the 2020/2021final.

I'm proud to announce that I'll be joining @RealMadrid 🙏🏾💪🏾🙌🏾 I'm super excited for all the challenges ahead and can't wait to play my first games for this huge club. #HalaMadrid #AlwasyBelieve #Hustle pic.twitter.com/zol5Z0NJbe

Chelsea also confirmed the defender departure via a statement on it’s website.

“We bid farewell to Antonio Rudiger as he departs Stamford Bridge with his Chelsea contract expiring, bringing to a close his five trophy-filled years with the club.

“The German defender has left the Blues to join Real Madrid, having played a huge role in our successes in recent seasons.

“Rudiger lifted the FA Cup, Champions League, Europa League, UEFA Super Cup and FIFA Club World Cup with Chelsea, playing a crucial role in all those triumphs at the heart of our defence.

“The 29-year-old was also an important figure in the dressing room with his leadership and passion, while his dedication and desire to win never faltered, even when it became clear he would be leaving the club this summer.

“Rudiger’s disappointment was obvious when defeats to Real Madrid in the Champions League and to Liverpool in the Carabao Cup and FA Cup finals denied him the chance to say goodbye with one more piece of silverware.”