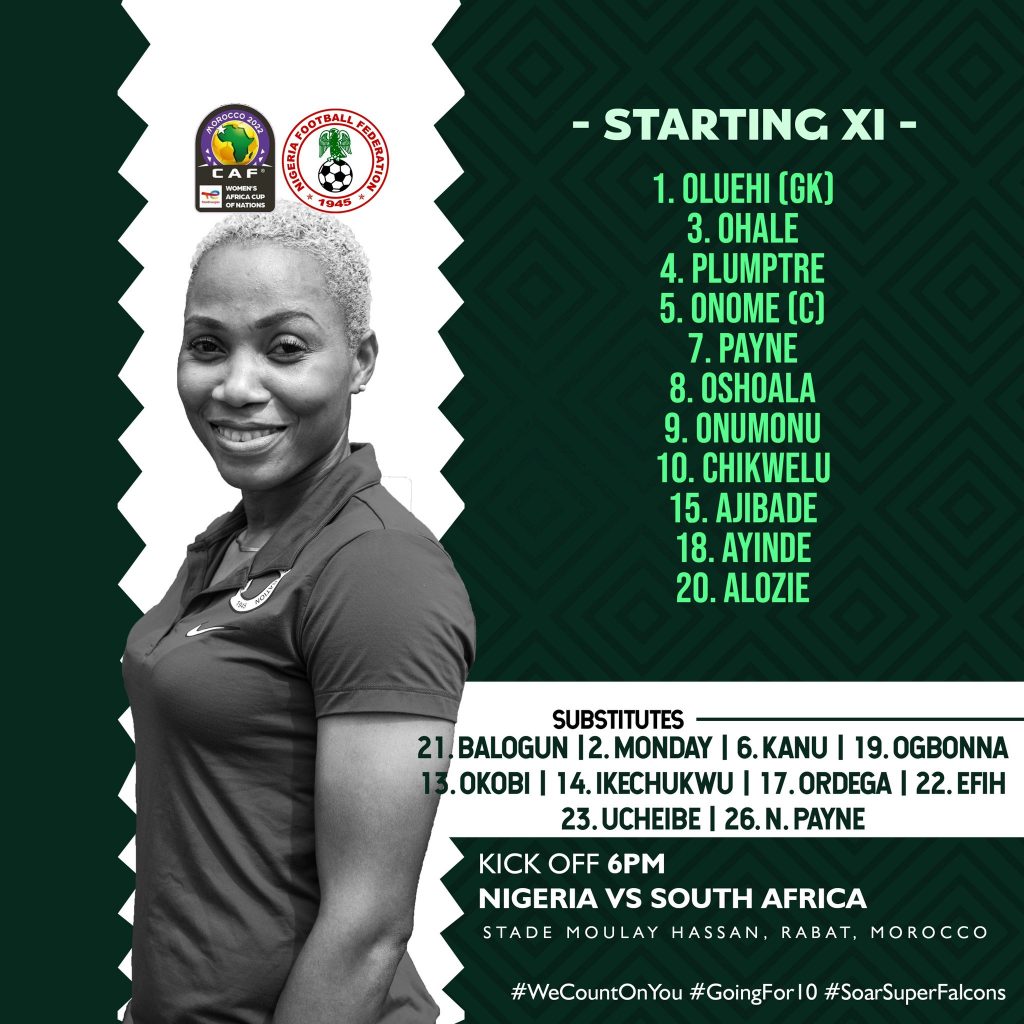 Apart from the football rivalry between Nigeria Super Falcons and Banyana Banyana of South Africa, both teams also have a penchant for bringing vibes.

As both teams clash in the opening Group C game of the TotalEnergies Africa Women Cup of Nations, they look so calm and bubbling.

Nigeria is nine-time champions of the AWCON and always believes they rule the continent, but a shocking defeat to South Africa at the Aisha Buhari Invitational Tournament was a wake-up call for them to sit tight.