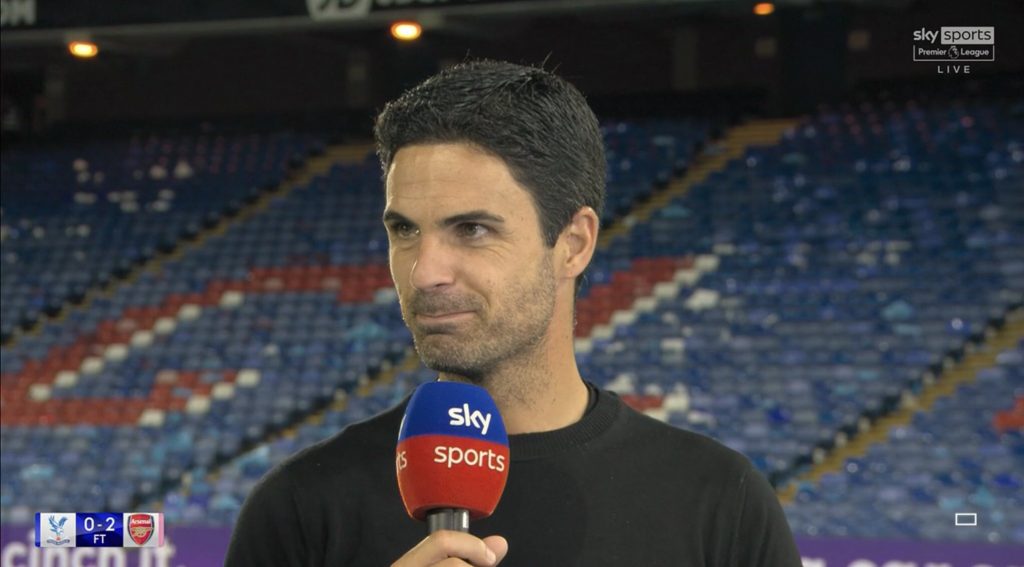 Mikel Arteta praised Arsenal’s increased tenacity after his team defeated Crystal Palace 2-0 on the first night of the Premier League to earn all three points.

After a strong preseason, there is increased anticipation and anticipation throughout the Emirates, and Arteta’s team lived up to expectations on the opening night with goals from Gabriel Martinelli and a Marc Guehi own goal.

The Gunners kept a clean sheet as Palace got better as the game went on, and Aaron Ramsdale was had to make two outstanding stops while William Saliba stood out with his defending.

To demonstrate how much more resiliency he has in his team now, Arteta used the example of Arsenal’s 2-0 loss to Brentford on the first day of last season.

He said: “You don’t win here without it [resilience] and we experienced that last season.

“We started in a really different way to what we did last year.

“Building that mentality and finding a way to go through those moments and clean sheets in this league is going to be vital for our success and we have managed to do that.

“Hopefully that will breed some confidence in the team.”