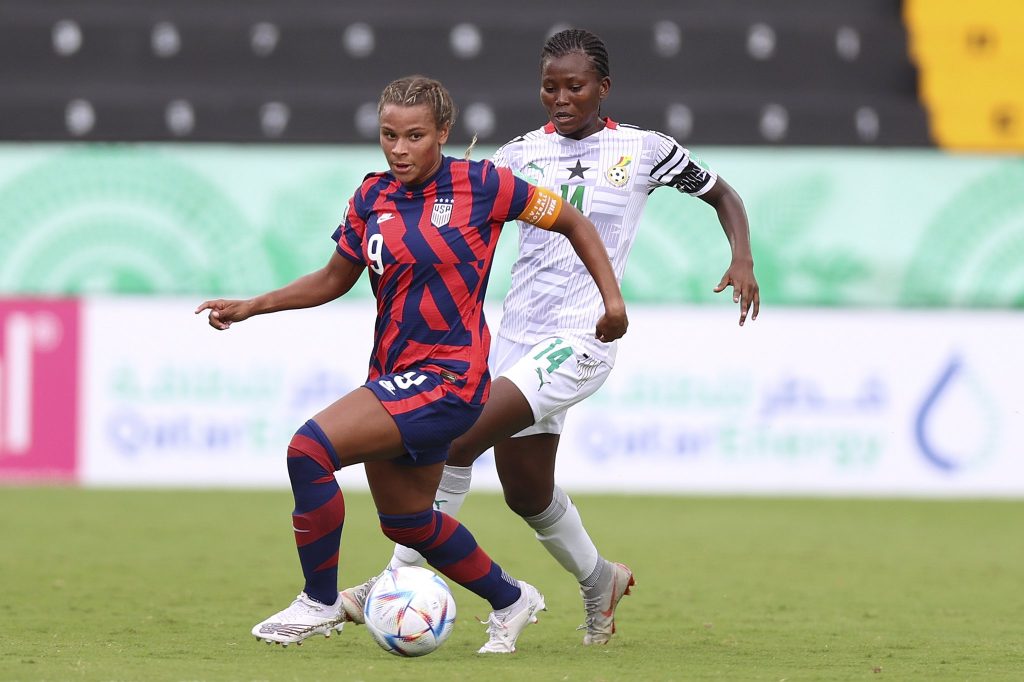 It was a bad day in the office for Ghana’s Black Princesses as they were thrashed 3-0 by the United States in their first game at the FIFA U-20 Women’s World Cup in Costa Rica.

Midfielder Jacqueline Owusu was sent from the game in the 31st minute, leaving Black Princesses with just 10 players for the duration of the contest.

The Ghana is currently last in Group D and faces the possibility of missing out on the knockout stage for the first time.

USA raced away with a 3-0 victory because it outplayed Ghana for the majority of the game and had considerably higher pass accuracy and possession than Ghana did.

In their opening game, the Americans got off to a quick start thanks to a goal by Michelle Ivory Cooper in the eleventh minute.

Alyssa Paola Thompson snuck through the Ghana defense to increase the USA’s lead to 2-0 as the two teams continued to battle hard and test each other’s defenses. Initially, it appeared that the first half would end with the score remaining unchanged.

Alysson Marie Sentnor scored the USA’s third goal in just six minutes to give the squad a similar start to the second half.

Then Ghana tried to reduce the USA’s big lead, but they were unsuccessful since the USA defense performed a good job of keeping them from scoring.

The next game for Ghana is against Japan on Sunday.