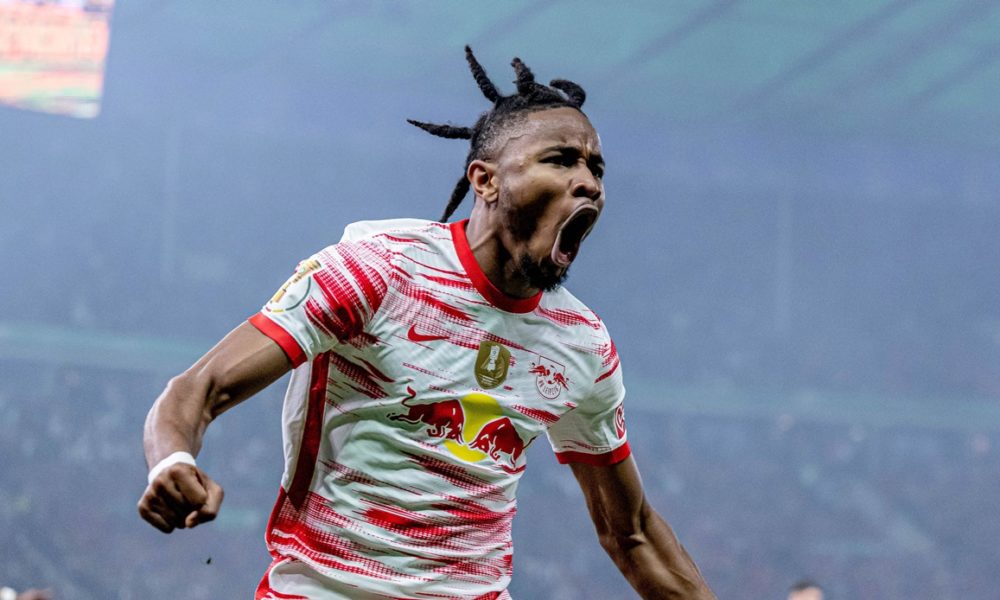 France and RB Leipzig versatile forward Christopher Nkunku has reportedly competed his medical with his next club which will be in The Premier League.

The 24-year old is making headlines thanks to his stunning performances since last season with the Bundesliga side.

And he started the new season in the same way as he has already netted 6 goals and provided 1 assists in 11 games. Figures which caught the eyes of a Premier League top club.

According to BILD, Christopher Nkunku has completed his medical check with Chelsea in Francfort as he is preparing his move to Stamford Bridge despite extending his contract until June 2026 with Leipzig recently.

In addition, Nkunku has a €60m release clause, an amount which will not be too high for Todd Boehly who paid Brighton & Hove Albion €80m to land Marc Cucurella.