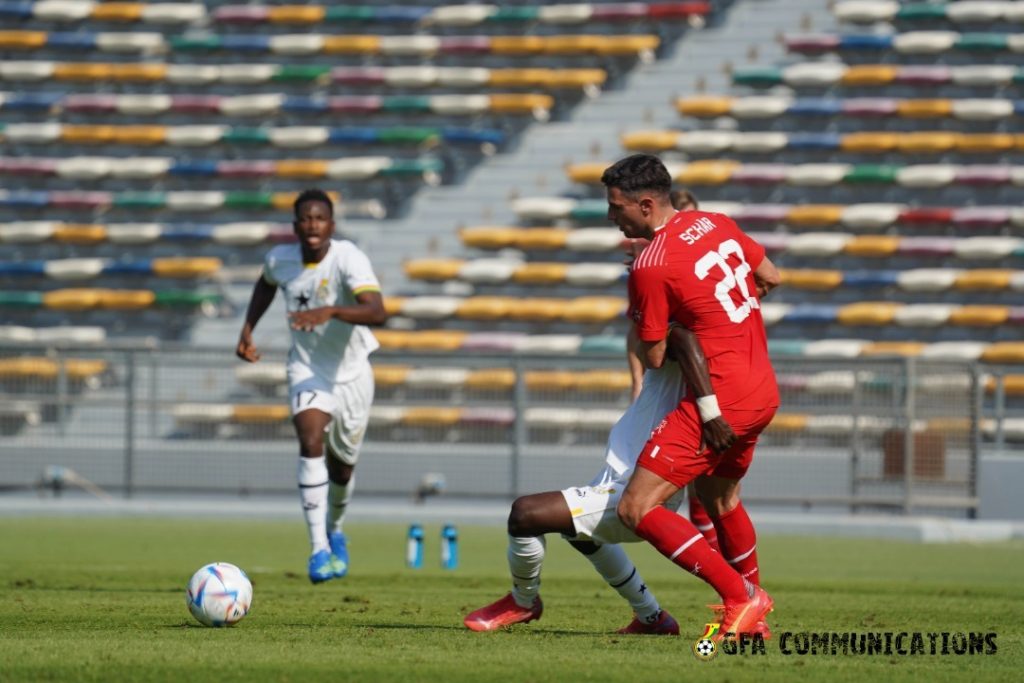 Otto Addo’s men have been impressive throughout the game as they dominated the Nati in the first-half and could have even opened the scoring if Inaki Williams was more active.

Daniel Afriyie and Elisha Owusu showed a lot of quality before being subbed off with Kamaldeen Sulemana and Antoine Semenyo making second half appearances.

Both of them will powered the second goal of the Black Stars as the Renne left-winger assisted Semenyo who made it 2-0 (74th minute) for Ghana after Mohammed Salisu’s opener on a header four minutes earlier.

Lawrence Ati-Zigi kept a clean sheet with Black Stars going into the World Cup with a lot of confidence ahead of their first game against Cristiano Ronaldo’s Portugal on November 24.