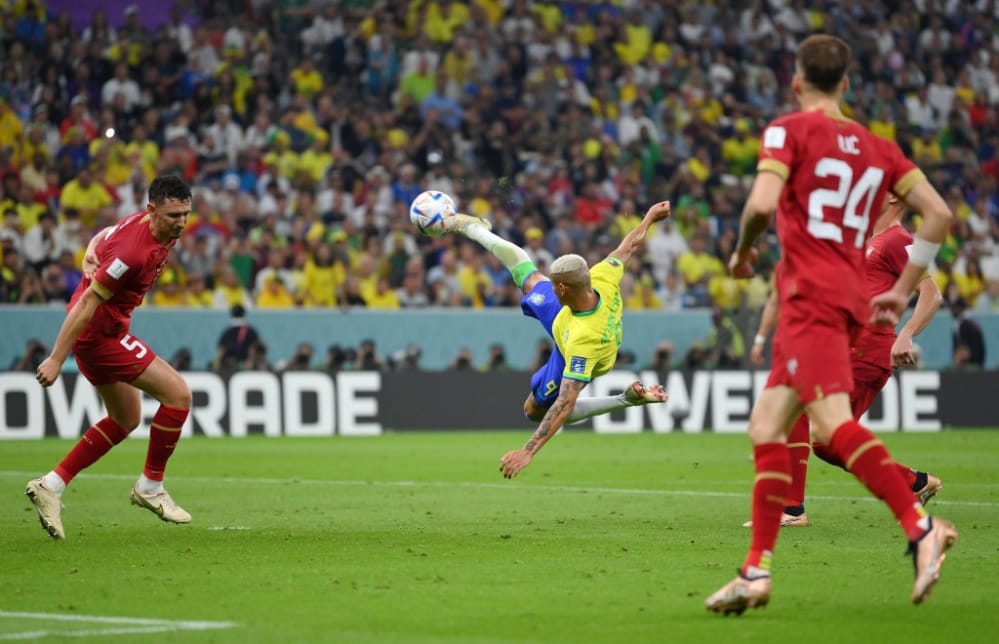 Brazil started their World Cup 2022 in style with a 2-0 victory over Serbia thanks to Tottenham star Richarlison brace.

The first half ended in a goalless scoreline despite Neymar and teammates being really impressive.

Serbians were solid in defence and prevented Tite’s men from scoring during the first stanza.

The Seleçao has been really pragmatic in the second half despite losing Neymar on injury.

Richarlison broke the deadlock in the 62nd minute before scoring arguably the best goal so far in this World Cup on a beautiful bicycle kick in the 73rd minute.

That two goals were all Brazil needed to claim all three points and succeeded their debut in the global tournament.

The second round starts tomorrow [Friday] with African champions Senegal taking on Qatar at 1pm with the obligation to win in order to revive their last 16 qualification chances after their opening defeat to Netherlands (0-2).