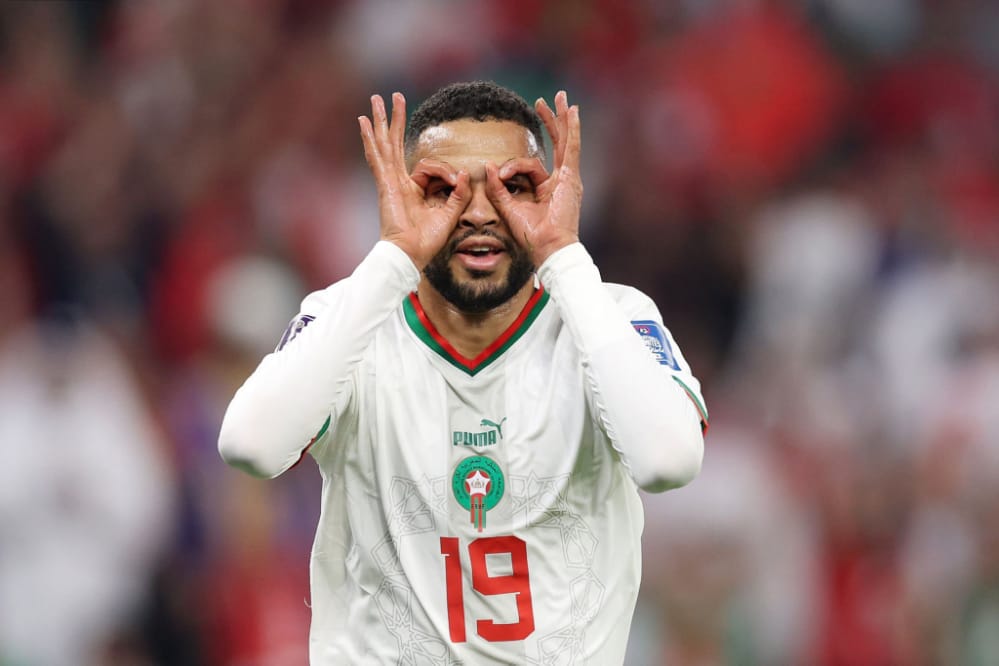 The Atlas Lions area leading 2-1 at break against the Canadian team as they continue on their brilliant performances since Walid Regragui appointment.

Chelsea winger Hakim Ziyech is the one who opened the scoring for the North African side inside 4 minutes of play.

Morocco controlled the game for the major part of the first half and managed to get that security goal.

And it came from Youssef En-Nesyri in the 24th minute which makes of him the first-ever Moroccan player to score in two different World Cups, as per Opta.

En-Nesyri netted a goal back in Russia during the 2018 World Cup where Morocco failed to make it past the Group stages.

However, they are on their way to the last 16 round this year despite Nayed Aguerd’s own goal five minutes before half-time.