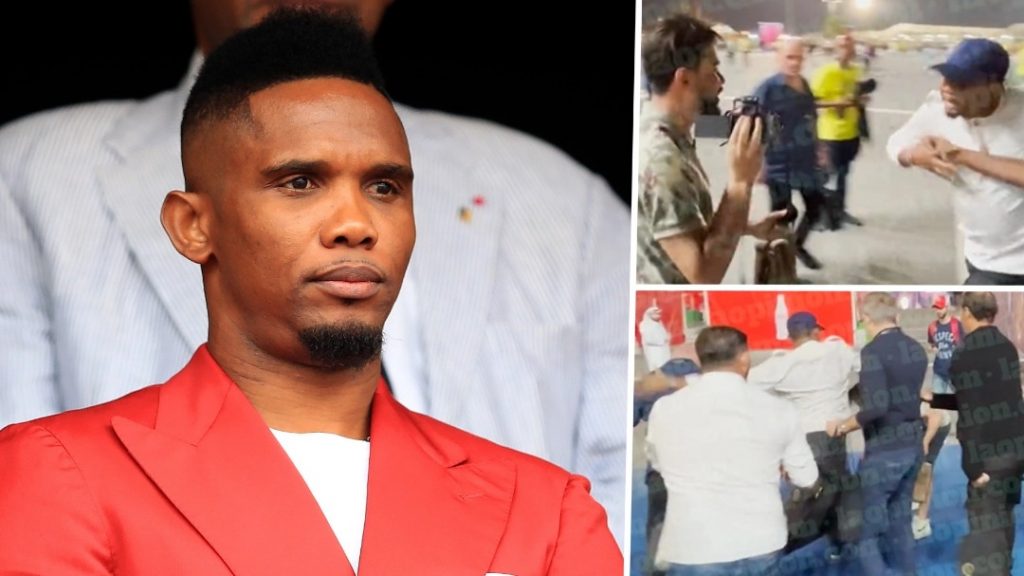 Cameroon FA President Samuel Eto’o has finally broken his silence on the incident which happened outside Stadium 974 on Monday night where he kicked an Algerian fan.

In the video that goes around the world, the president of the Cameroonian Football Federation (Fecafoot) is seen giving a violent blow to the young Algerian supporter after heated discussions.

The latter would not only have questioned him about the Algeria-Cameroon match back in March which ended in a defeat for the Fennecs (1-2), but also about the refereeing of Mr Bakary Gassama.

A question that irritated Samuel Eto’o who lost his temper and hit him violently. But with hindsight, the former Indomitable Lions striker admits having done wrong and apologized on social networks.

“On last 5 December, after the Brazil-South Korea match, I had a violent altercation with a person who was probably an Algerian supporter. I would like to apologise for losing my temper and reacting in a way that does not match my personality. I apologise to the public for this unfortunate incident”, Samuel Eto’o wrote.

“I pledge to continue to resist the relentless provocation and daily harassment of some Algerian supporters. Indeed, since the Cameroon-Algeria match on 29 March in Blida, I have been the target of insults and allegations of cheating without any evidence. During this World Cup, Cameroonian fans have been harassed and pestered by Algerians on the same subject.

“I would like to mention that the scenario of Algeria’s defeat was cruel but perfectly in line with the rules and ethics of our sport. All the appeals made by the Algerian Football Federation to the competent jurisdictions have been rejected.

“I therefore call on the Algerian authorities and Federation to take their responsibilities to put an end to this unhealthy climate before a more serious tragedy occurs.

“To Fennecs’ fans, I wish that they find peace and manage to overcome the disappointment of a painful defeat, now behind us”, Eto’o concluded.