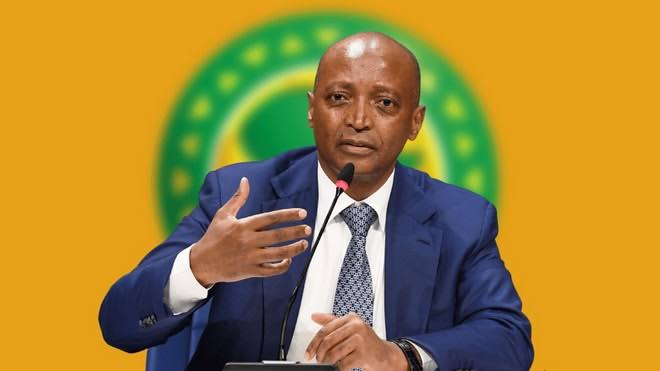 Nigeria is one of the five countries remaining in the race to host the 2025 Africa Cup of Nations, according to Dr. Patrice Motsepe, president of the Confederation of African Football (CAF) (AFCON).

As he evaluates the performances of the five continental flag bearers to the just finished FIFA World Cup Qatar 2022, Motsepe made a suggestion that Algeria, Benin, Morocco, and Zambia are the other countries interested in hosting the continent’s main championship.

Meanwhile, the Nigeria Football Federation (NFF) is having trouble with the proposal paperwork, rumors are rife that Nigeria may file a joint offer with the neighboring Republic of Benin.

“ The joint bid between Nigeria and Benin for the 2025 AFCON is real and we (NFF) along with her Beninese counterpart expected to submit bid documents in a few days, a source who pleaded anonymity said.

“ Of course, some other African countries are also interested  but the Nigeria –Benin joint bid is a fascinating prospect.”

Motsepe continued, “There is a good probability an African country will play in the World Cup Final Match of 2026 given Morocco’s remarkable performance, notably in Qatar 2022.”

He asserted that Senegal, Cameroon, Tunisia, and Ghana all gave amazing performances, and that Morocco’s historic triumphs and its advancement to the semi-finals also greatly pleased CAF.

“Morocco opened the door by reaching the semi-finals this month and I am confident an African nation will go further at the next World Cup,” Motsepe noted.

“The main objective of CAF (Confederation of African Football) is for an African nation to win the World Cup and that goal is within reach.”

He added in a statement posted on the CAF website: “The 54 African countries who are members of CAF are extremely proud and inspired by the victories and successes of the five African Nations that represented CAF at the FIFA World Cup Qatar 2022.

“We are also particularly proud of Morocco’s historic qualification to the semi-finals of the FIFA World Cup Qatar 2022.

” It is the first time in the history of the FIFA World Cup that an African Nation has qualified for the semi-finals.

“I would like to express our deep gratitude to the players (Les Lions de l’Atlas), the technical team, the Fédération Royale Marocaine de Football under the outstanding leadership of President Fouzi Lekjaa, the people of Morocco and His Royal Highness King Mohammed VI, may God assist Him.”

“Our objective of ensuring that an African Nation wins the FIFA World Cup is alive and within reach.”