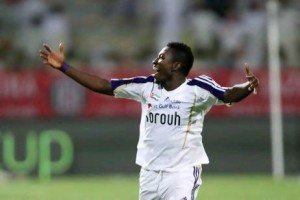 The first African player is the Ghanaian, Asamoah Gyan who in a month to Afcon 2013, has become much hotter. The Ghanaian scorer has scored his 18th goal of the season.

The striker of Al Ain in Arab Emirates has scored an extra goal last Saturday during the victory of his team against Al Shaab.
This is the second time for Gyan to score in such encounters of the championship.
Despite his amazing performances, he could pass over his Brazilian successor, Grafites with only two goals. 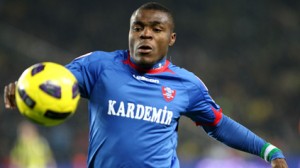 The second is but Emmanuel Emenike,  the Nigerian striker who scored his 5th goal.

However the 25 years old player did not happen to avoid the failure of his team, Sapartak Moscow last Friday against Zenit (2-4). Emenike, injured last month did not score any single goal since 7 matches.
The Spartak is the 7th in the season with 29 marks.
The player of the Super Eagles of Nigeria can be a little bit strengthened by his title of the second best Nigerian scorer in the Russian championship after his compatriot Ahmed Musa of CSKA Moscou who proved better than he did with 8 goals.