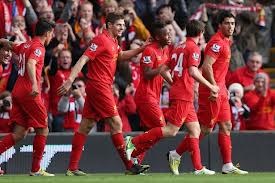 Liverpool new-boy Daniel Sturridge made an immediate impact as his side saw off a spirited Mansfield effort to win 2-1.

Sturridge, a £12million buy from Chelsea a few days ago, wasted no time in getting off the mark and helping the Reds into the fourth round – and another tricky trip to Oldham at the expense of their non-league opponents.

The Blue Square Bet Conference side had their moments, notably at the start of the second half, before Luis Suarez further crushed their hopes in the 59th minute and not without controversy.

If a contentious handball had been spotted then perhaps Matt Green’s 79th-minute strike might have forced a lucrative replay at Anfield, but it was not to be.