It nine days more left and, crucially, another 90 minutes of football left for Coach Gordon Igesund to mould Bafana Bafana into a competitive unit before the opening match of the African Cup of Nations against Cape Verde. Could there be some heat for the Bafanas’.

The Scandinavian outfit exposed some of Bafana’s shortcomings, which were pretty much in all departments. However, the fact that the South Africans are still not looking like a team is probably the coach’s biggest concern. 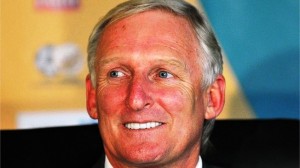 The first half was especially terrible as far as the team’s cohesion is concern, as even club teammates couldn’t find each other with short passes.

Kaizer Chiefs mates Siphiwe Tshabalala and Reneilwe Letsholonyane’s one-twos seemed like it needed the assistance of a satellite navigation system, while other experience players like Kagisho Dikgacoi also struggled to find the open man.

Bafana, though, still had the better of the midfield encounters. But yet again, that age old South African problem of not taking chances in front of goal reared its ugly head.

And it was South Africa’s best striker of the last couple of years Katlego Mphela who bore the brunt of the crowd’s frustration when his touch and his normally deadly finishing let him down.

To be fair, the man they call “Killer” still looks very rusty after only recently coming back from a knee injury.

Because on the evidence of Tuesday night’s dreadful performance against a young, spirited and well-organized Norway outfit, the hosts’ participation at continental show piece looks set to be a brief one. Let’s just watch out on the day of the tournament.