Phala hoped on to impress in 2013 Africa Cup of Nation shop window and turn down Stars contract. Thuso Phala’s agent Tim Sukazi has told Goal.com South Africa that he will want to negotiate willingly with the right local or international club for the new Bafana player. 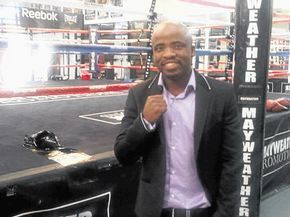 Thuso Phala’s impressive performance which earned him a man of the match award when Bafana Bafana lost 1-0 against Norway should lead him to greater heights’.

“I know that Platinum Stars have said that they want to renew his (Phala) contract but I will have to consider it. At the moment it is hard to confirm what will happen since he made the Bafana squad for the Afcon,” said Sukazi.

The agent confirmed that the manner of Phala’s performance makes him confident that there will be plenty of offers.

“My first priority is the player’s growth and those are the things that we will be looking at. Surely with his great performance, he is most likely to even attract the international market. If that happens I think it will
be unfair of us to close the door for the player,” he said.

His performance has made his agent Tim Sukazi re-consider the offer of Platinum Stars of renewing the right winger’s contract which is due in July and known to the agent “the players game is his top priority”. 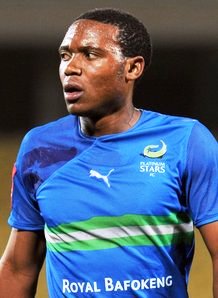 “We discuss that with the player, because for us it is all about ensuring that our players get as much game time as they can wherever they are so that they stay fit,” added Sukazi.
Phala’s hard work at Platinum Stars was what earned him a Bafana Bafana call up ahead of Teko Modise and Andile Jali. His agent said he hopes that the nation now understands why Gordon Igesund opted for him.