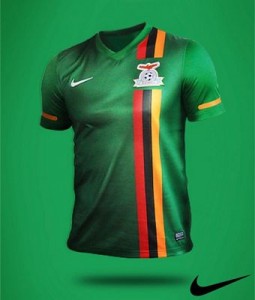 The Football Association of Zambia would want to do away with the replicas of the National Football shirt. FAZ communications officer Erick Mwanza said people found trading or wearing fake Chipolopolo replica jerseys will be prosecuted.

Mwanza who unveiled Zambia’s new official Africa Cup of Nations 2013 replica jersey at Football House said the green and copper shirts would be distributed widely in the country.

“We are swinging into action in conjunction with Zambia police intellectual property unit to arrest and prosecute those dealing in fake FAZ products,” Mwanza told journalists. “All these products and this logo cannot be used without ‘Football Association of Zambia’ our permission. Those that will not be selling this one, I am showing you will face the wrath of the law. We will have no mercy on any of those trading in those illegal things.”

These replica jerserys cause a serious loss to the state in the far East. Mwanza also added that Chintu Kampamba a veteran defender has also been dropped by Coach Renard over an injury.

A new set of footballers have been prepared for Zambia. 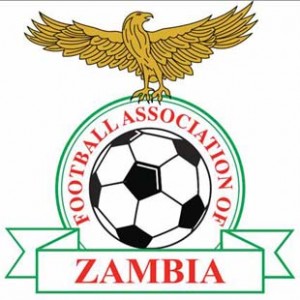