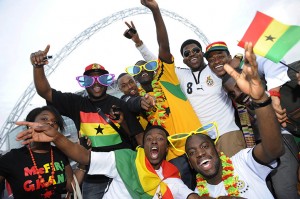 On Saturday the competition startsd and ended goalless as Angola and Morocco drew 0-0 while hosts South Africa and Cape Verde produced a similar score line, all in Group A.
Now attention turns to Group B where the Black Stars, led by Asamoah Gyan meet the Leopards at the Nelson Mandela Bay Stadium in Port Elizabeth in the first match.

Ghana has had a good build up to the finals but Gyan is not getting ahead of himself.

“When we win our first game it’s a very good start for the team,” said Ghana captain.

“I cannot predict that we will win [the Cup], but we must qualify from the group stages, and then we can start thinking about winning the cup.”

But with an experienced Nations Cup campaigner, Coach Claude Le Roy in the seat, the Leopards are expected to turn up fighting.

After an unexciting opening day of the 2013 Africa Cup of Nations which failed to deliver any goals, Ghana might get the competition’s first goal on Sunday when they take on DR Congo.

Port Elizabeth – Teams for the opening Group B match of the African Nations Cup finals between Ghana and the Democratic Republic of Congo at the Nelson Mandela Bay Stadium in Port Elizabeth on Sunday. 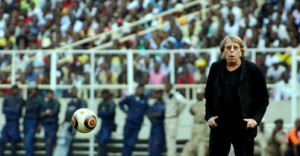 Both of today’s team has already created their own headlines in the build up to their opening fixture of the tournament. The Black Star’s coach Kwesi Appiah decided to leave star player Andre Ayew out of the squad after he turned up late for the training camp, while Congo weren’t sure they would have a coach in their dugout today. Let’s hope that drama can be matched on the pitch.

Albert Adomah is sent chasing a ball down the right flank but can’t get there before it rolls out for a goal kick. A big change of scenery today for the Bristol City forward as he makes his African Cup of Nations debut

Oh Asamoah!! The Black Star’s biggest attacking threat has just missed a bona fide sitter as he is played clean through on goal but slices his effort horribly wide when he tries to place it beyond Muteba Kidiaba.

Poor free-kick from Kasusula who can’t get his effort beyond the wall. LuaLua wins a corner after his follow up is deflected wide but nothing comes from it.

In 40 minutes, GOALLL!!! BADU SCORE FOR GHANA!! This is more like it from Ghana. Kwadwo Asamoah plays a fantastic one-two with Gyan to split the Congo DR defence wide open and he puts the ball across goal for Badu to stick out a leg and produce the first goal of the tournament. Assisted by Kwadwo Asamoah for the second GOAL in 49 minutes. 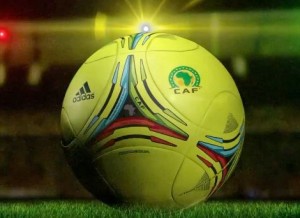 Albert Adomah receives the first booking of the match for a poor challenge on Issama.The half is coming to an end with Claude Le Roy’s side searching for an equaliser but they’re in danger of being caught on the counter

After second half, Ghana seems to be a lot more aggressive at the beginning of the half and they create the first opportunity, Kidiaba forced to parry Adomah’s effort behind for a corner. Breathing space now for Kwesi Appiah’s men as they give themselves a two goal cushion. It might be a bit harsh on Congo DR but that is the cruel reality of not taking your chances.

In 53 minutes GOAL!!! DR CONGO ARE BACK IN IT!! What was I saying about not taking your chances? The Leopards score with their next attack and it’s Mputu who slots it past Fatau Dauda after running on to a through ball. Game on. Wakaso receives booking.

Good chance wasted by Ghana. Paintsil plays the ball down the right to send away Adomah and he finds Gyan who’s hot is bravely blocked by Mabiala. Ghana wants a penalty for handball but replays show it was a fantastic piece of defending in 64 minutes.

Ghana makes another substitution as Anothony Annan comes on fro Derek Boateng. Just over 15 minutes left for either side to find a winner. Can Congo DR complete an unprecedented comeback?

Inside the last ten minutes now as Youssouf Mulumbu tries to play through Mbokani. The West Brom player has been kept fairly quiet this afternoon but he won’t care if Congo DR can hold onto this.

In 86minutes, Ghana under pressure of DR Congo. Ghana looks out of ideas, a completely despondent having thrown away their two goal advantage. Can they muster one last chance?

At the moment, though Congo DR are more likely to create that chance. Mulumbu has sprung to life after 80 minutes of anonymity but his ball across the box can’t find a team mate.

We’re into 5 minutes of stoppage time at the Nelson Mandela Bay Stadium. Can either side find a winner?

THAT WAS THE CHANCE! A deep cross from the right is met by Gyan at the back post who fires a header goal wards. The ball is held by Kidiaba whose feet are behind the line but the ball isn’t.

Mali will take on Niger in the second game of the day.