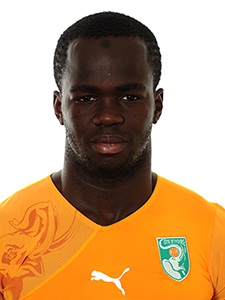 Cheick Tiote helped Ivory Coast make a winning start to their 2013 Africa Cup of Nations campaign, as they recorded a 2-1 victory over Togo on Tuesday afternoon.

Newcastle’s midfielder was a second half substitute and played a key role in ensuring Gervinho’s late volley gave the Elephants all three points in their opening Group D fixture.

Earlier, Manchester City midfielder Yaya Toure had put the Ivorians into the lead with a deflected shot on 12 minutes, but Togo levelled on the stroke of half-time when Jonathan Ayite swept home a corner.

Tiote came off the bench in the 63rd minute for Didier Ya Konan and with only four minutes remaining on the clock made an outstanding block to divert Vincent Bossou’s strike over the bar.

That was to prove crucial as, two minutes later, Arsenal forward Gervinho snuck in at the far post to put the finishing touch on a Yaya Toure free-kick.