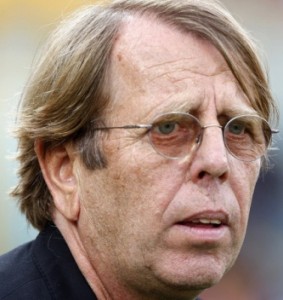 The Democratic Republic of Congo could take a massive step toward qualifying for the 2013 Africa Cup of Nations quarter-finals with a win over Niger on Thursday.

The Leopards displayed resilience by fighting back from a two-goal deficit to draw 2-2 with Ghana, four-time champions and one of the teams fancied to go all the way to the final in this competition.

After the game, coach Claude Le Roy was congratulated by the president of the France Football Federation for “bringing honour to African football”.

However, Anderlecht striker Dieumerci Mbokani warned that they have to look ahead now if they wish to go past the first round.

“We have not yet qualified for the next stage of the tournament, but the result against Ghana has boosted our confidence,” said Mbokani, who was voted the best player in the match last Sunday.

They will be up against a determined Niger, who are still seeking their first Africa Cup point, having lost all four matches since their debut at the 2012 tournament in Gabon, where they lost to the tournament co-hosts, Tunisia and Morocco.

Niger coach Gernot Rohr has lauded the fighting spirit of his team.

“We fought hard against Mali, who I believe will go very far in this competition, and we will fight against the Congolese,” said Rohr, who last year guided Gabon to the last eight.

“We are very strong defensively, but have struggled offensively.

“But no one can fault the commitment of my players. They are driven to bring honour to their country and will always give everything.”

All-action defender Mohammad Chicoto said they will not surrender as long as they have a chance of making it to the knockout rounds.

“It will be a very difficult game against DR Congo, but as long as we have a chance to make it past the first round we will not give up,” stressed Chicoto.

Star Niger striker Mousa Ma’azou hopes to use this championship as a ‘shop window’ to get him back to Europe after struggling to make the grade in France and Russia. The 24-year-old striker is reportedly unhappy at Tunisian club Etoile du Sahel and craves another chance to make the grade in Europe.