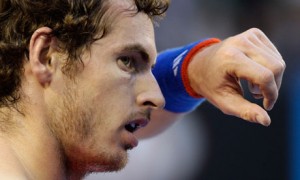 “I played a good second set,” said Murray. “I created quite a few chances, but didn’t quite get them. That was the difference.”

And despite admitting that the blister “hurt when I ran”, he insisted: “It had no bearing at all on the result.”

“It’s an incredible feeling winning this trophy again,” said the champion. “It’s definitely my favourite Grand Slam, my most successful Grand Slam. I love this court.”

After losing an opening set he probably should have won, with five break points to none for Murray, the top seed turned the tables in the second by grabbing the tie-break.

He won just one more point in the tie-break as Djokovic took control to level after two hours and 13 minutes of action.

The physicality of the contest appeared to be taking its toll when Murray then required treatment for blisters at the changeover. 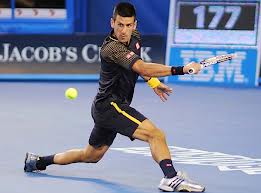 It took two hours and 52 minutes of absorbing but rarely thrilling tennis for the first break of serve to arrive, and it went to Djokovic.

A thumping forehand into the corner set him on the way at 4-3, and despite saving two break points from 0-40, Murray could not resist any longer and netted a forehand.

Unhappy with the umpire for not clamping down on shouts from the crowd, and with his movement hindered, Murray cut a dispirited figure as Djokovic powered towards another major win.

The game was called a wrap by Djokovic with a serve when Murray netted a backhand and went over to celebrate with his support team.