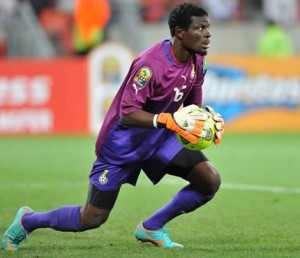 Akwasi Appiah coach of Black Stars has refused to label Fatawu Dauda as the first choice goalkeeper for Ghana.

Adam Kwarasey as the no.1 choice after keeping the post in the three group matches at the Nations Cup for the Black Stars, the Ashanti Gold goalkeeper seems to have dethroned.

The 27-year-old has impressed at the Nations Cup by keeping two clean sheets out of the three matches played so far in South Africa.

Despite Dauda’s assured performances coach Appiah insists he still has a long way to go in becoming the first choice goalkeeper for Ghana.

“On the issue of Fatawu (Dauda) I think he is doing well but he has to work more to become a 100 percent no.1,” he said.

“To achieve that stance (no.1) is not easy and he needs to work more and these are some of the things we are pointing out to him.” 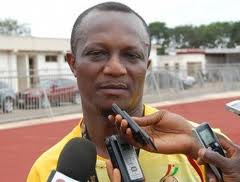 On Saturday Ghanaians are expecting Dauda to be in action when the Black Stars face Cape Verde in the first quarter final game in Port Elizabeth.

A win will take Ghana closer to their aim of ending a 31-year wait for an African title in South Africa.