All the four teams taking part in today’s Kenya Power Charity Cup will be looking for positive results well aware that their performance may as well determine how their seasons turn-out.

At the Moi International Sports Centre, Kasarani, the tournament opened at 9am with a clash, Gor Mahia and Mathare United before paving the way for the Sofapaka and Western Stima clash.

Gor and Mathare finished last season in contrasting styles. United struggled till the last weekend while their opponents appeared to be on a roll until they lost it in the last day of competition.

“This tournament is important for us because we will have a chance to see our new signings and also identify exactly where we are before the new season starts,” said Okumbi. 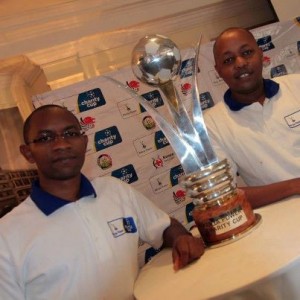 “Last season we collected just two points out of a possible six from United and this shows you that they are not an easy opposition. Starting positively against them will therefore make a big difference for us,” he added.

Sofapaka coach David Ouma has said he wants to bring joy to their fans using the tournament as a thank you for voting for them to take part in the event.

The one day tournament is being used to raise funds for charity and the winner will pocket Sh850, 000. Teams were selected after fans voted through Short Message Services.