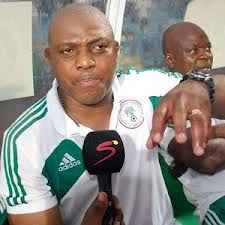 According to supersport.com, If Nigeria wins this Sunday, Stephen Keshi will become the second man to win the Nations Cup as coach and player after Egyptian, Mahmoud Al Gohari. 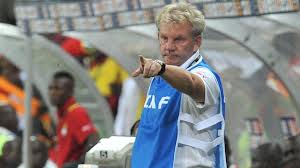 Burkina Faso are into their first ever Nations Cup finals.

Emmanuel Emenike will be hoping to beat Mubarak Wakaso to the highest scorer award – he has three goals to Wakaso’s four.

However, Paul Put has been banned for life from coaching in Belgium on account of a match-fixing scandal in 2007.

Moumouni Dagano (pictured) has played in six Nations Cup tournaments but has only scored one goal.

Nigeria has played in the final of the Nations Cup six times and won the trophy on two occasions – in 1980 and 1994.

Burkina Faso is ranked 92nd in the world by Fifa while Nigeria is ranked in 52nd place.