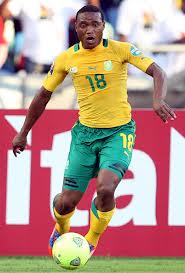 According to MTNFootball.com, Bafana Bafana winger Thuso Phala is inside his final six months of his contract with Platinum Stars and says he is yet to enter into talks over a contract renewal.

The 26-year-old’s impressive performance on the international stage with Bafana Bafana in the Africa Cup of Nations has ignited rumours of a move during the off season.

“There have been no talks of a contract from the team yet,” Phala tells MTNFootball.com.

“I am working with my manager who is coordinating everything. He is looking for the best possible contract for me and for my career.”

When asked if the best option was still with Stars or elsewhere, the player was coy in his response.

“He, my manager, is looking all over. He will look at what he can find, which will be the best for me.”