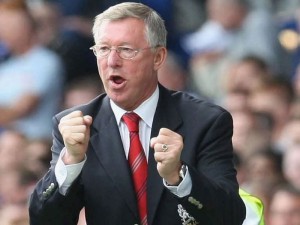 According to the Telegraph, the Red Devils boss feels that the successful partnership at the heart of his pace-setting team’s defence may have to give way to the emerging figure of Jonny Evans.

Manchester United manager Sir Alex Ferguson has acknowledged that Rio Ferdinand and Nemanja Vidic may no longer be his first-choice pairing at centre-back.

The Serbian played the entire 90 minutes at Old Trafford against Everton on Sunday but was left out of the side which earned a 1-1 draw at the Santiago Bernabeu against Real Madrid in midweek, with Rio Ferdinand coming in to replace him. 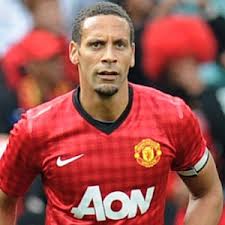 The United boss admitted that it was a risk leaving the 31-year-old out of the Champions League tie but ultimately believes that he did the right thing in rotating his two senior centre-backs.

“I had my doubts about whether I was doing the right thing or not because he was fantastic against Everton but I stuck by what we’ve been doing with him,” Sir Alex told The Sun. “Three days [between games] to my mind was a risk.

“It would have been the same for Ferdinand; if he had played on the Sunday I would have had my doubts whether to play him on Wednesday.” 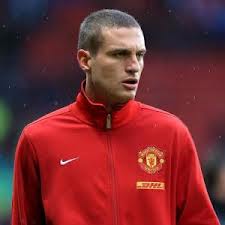 Jonny Evans played both matches for the Red Devils and Sir Alex believes that the Northern Irishman is developing into an outstanding player.

The 71-year-old added: “Jonny has emerged as a real top defender and his form has been fantastic.

“The thing about young players, particularly defenders, when you get consistency from them you knows you’re on the right track with them. I think Jonny has shown great consistency in the last year.

“If you remember what I said about last year, it wasn’t until Ferdinand and Evans played regularly together that we got a run going.”