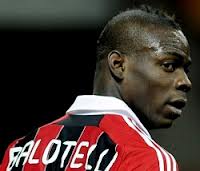 AC Milan forward Mario Balotelli says he is almost back to his best after the controversies he had been through in England and now claims to be himself now.

On Friday night he came back on the score sheets once again netting the winning goal from a secured free kick for his side.

Balotelli has now scored four goals in his first three games for the Rossoneri and feels he is playing close to his best football again.

“I am playing at a consistent level and nearing my best form,” he told Sky Sport Italia.

The Italy international also revealed what he said to M’Baye Niang before lining up the match-winning free kick.

“I had already missed two free kicks. But I said to him that if I missed his one, he could have a go,” he added.

Milan boss Massimiliano Allegri was full of praise for his new striker and not only for his decisive goal but for keeping his cool despite being the target of some tough tackling from the Parma rearguard. 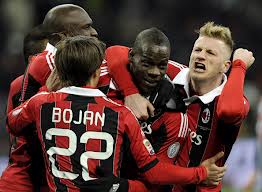 “I think the club has made a very good buy with Mario, at a decisive moment in the championship.

“We are making a big comeback now and I am happy with the players.

“Niang worked very hard for the team tonight too. He is very young, but has helped out a lot in all areas.”

Could one say Balotelli is better off in his home soil than elsewhere?