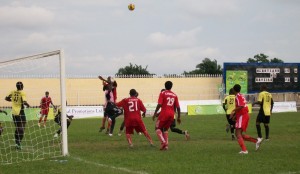 The Interim Committee of the Nigerian football management decided to change the name of the national championship of first division of football in the country.

The (Nigeria Premier League) becomes from the beginning of the new season on March 9, the NPFL (Nigeria Professional Football League).

The Committee also took the opportunity to make the draw for the first day of the championship.The defending champion, Kano Pillars will move to Abubakar Tafawa Stadium to face Wikki Tourists, while the poster Enugu Rangers-Enyimba will follow.
Timing of the first day :