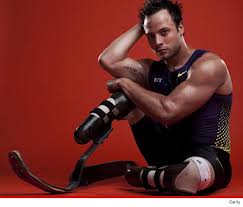 In an emotionally wrenching hearing Tuesday, a judge upgraded the charge against Oscar Pistorius to premeditated murder, saying he could not rule out the possibility that the track star planned the shooting death of girlfriend.

But the judge said he will consider downgrading the charge later.

Judge Desmond Nair, who chaired the hearing decided to classify the crime of Oscar Pistorius at level six.

Pistorius had been charged with murder for the Valentine’s Day shooting of Reeva Steenkamp, and the hearing Tuesday was to determine whether he should be allowed to post bail.

But prosecutors had said they would try to get the charge upgraded. And throughout the proceeding, they hammered away at the possibility that Steenkamp’s killing was premeditated. The defense countered by contending Pistorius thought his girlfriend was an intruder.

With the new charge, Pistorius’ case for bail may prove much more difficult. The defense must now try to argue that “exceptional circumstances” exist that would justify bail.

“I fail to understand how I could be charged with murder as I had no intention to kill my girlfriend,” Pistorius said in a statement read to the court by his lawyer.

Pistorius, heaving and sobbing, was too upset to read it himself.

Both the defense and prosecution agreed Pistorius shot and killed his girlfriend in a tragic Valentine’s Day confrontation inside his upscale Pretoria home.

But the two sides gave wildly different accounts of what led to the model’s death.

Pistorius wept uncontrollably during the hearing as prosecutors described how they say he murdered his girlfriend.

Prosecutor Gerrie Nel said Steenkamp had come over around 5 p.m. to 6 p.m. on February 13 to spend the night, but the couple got in a heated argument.

The state said Pistorius armed himself, attached his prosthetic legs and walked 7 meters to shoot Steenkamp through a bathroom door.

Steenkamp locked the door for a reason, Nel said. “We will get to that.”

As Nel spoke, Pistorius buried his face in his hands.

But defense attorney Barry Roux said the shooting was not premeditated.

Pistorius shot his girlfriend thinking she was a burglar, he said.

The prosecution doubted that assertion, asking why a burglar would lock himself or herself up in a bathroom.

Roux countered by questioning how the prosecution would know that Pistorius attached his prosthetic legs and walked to the bathroom.

Police have said Pistorius and Steenkamp were the only ones in the home.

As the drama in court unfolded, friends and family mourned Steenkamp at a private funeral in her hometown of Port Elizabeth.

“There’s a space missing inside all the people she knew that can’t be filled again,” her brother Adam Steenkamp told reporters outside.

Steenkamp was a law school graduate whose modeling career was on the rise. She landed the cover of FHM magazine and recently appeared on a reality TV show.

On Sunday, South Africans heard Steenkamp’s voice one last time after her death, when the national broadcaster aired a pre-recorded episode of the show. The model talked about her exit from “Tropika Island of Treasure,” on which local celebrities compete for prize money.

“I’m going to miss you all so much and I love you very, very much,” she said, blowing a kiss to the camera.

Authorities have released little about a possible motive in the shooting.

Items found in Pistorius’ home suggest Steenkamp intended to stay the night. She had an overnight bag and her iPad, a South African official familiar with a case said Monday.

The 29-year-old model was alive after she was shot, and Pistorius carried her wounded body downstairs, said the official, who was not authorized to release details to the media.

Police were alerted to the shooting by neighbors, and residents had “heard things earlier,” spokeswoman Denise Beukes said.

Police said there had been “previous incidents” at the home, including “allegations of a domestic nature.” They did not detail what those may been.

Detectives are investigating a blood-stained cricket bat in the home, Johannesburg’s City Press newspaper reported, and are trying to determine whether it was used to attack Steenkamp, if she used the bat in self-defense, or if Pistorius used it to try to break down the bathroom door.

Pistorius, 26, has rejected the murder allegation “in the strongest terms,” his agent said in a statement.

The case of the global sports hero known as the “Blade Runner” has riveted stunned fans around the world.

As he walked into court in a blue shirt and gray suit, frenzied photographers snapped away, prompting the judge to demand they stop.

The scene was a far cry from the packed stadiums that erupted in applause whenever the double-amputee competed against men with legs.