On this Saturday 2nd March, the 2013 AT and T American Cup will be held at the DCU Center in Worcester, Massachusetts.

Both gymnasts will be up against tough competition with the likes of US Olympic team gold medallist Kyla Ross looking to take the title for the women and Germany’s all-around Olympic silver medallist, Marcel Nguyen ready to challenge the men. 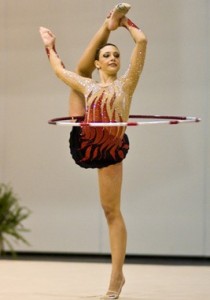