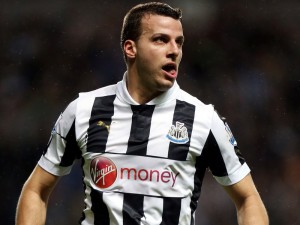 Steven Taylor will come up against Samuel Eto’o when Newcastle goes to Russia on Thursday – nine years after their first meeting.

The defender’s senior debut came as an 18-year-old in a UEFA Cup tie with Eto’o’s Real Mallorca, and Taylor left the Balearics with the Cameroon star’s shirt.

Eto’o is now at Anzhi Makhachkala and reportedly among the highest earners in the game, and Taylor will again have the task of keeping him quiet in the first leg of Newcastle’s Europa League last-16 tie.

He said: “I remember that – he’s probably still got my shirt as his duster! He might bring it to the game with cobwebs on it.”

“I never thought I would play against him again. He won’t have a clue who I am, no chance!” 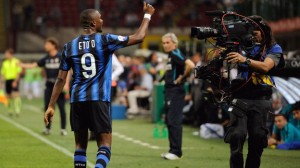 “To have the chance of playing against a top-quality player like him is good. I’ve still got his shirt – it’s framed.”

Taylor insists United will not be intimidated by an expensively-assembled squad which also includes Lassana Diarra and Brazilian Willian.

He said: “They have spent a lot of money, but we have got class in our team – look at the players we have got. We will have young, fresh players with more energy on the pitch. We will need that in Moscow.”