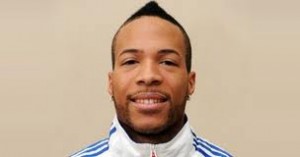 Emmanuel Biron, born on July 29, 1988 in Lyon is a French athlete, originally from Martinique, specialized in sprint and long jump.

He finished 3rd in the championship of France in 2012 in 100 meters (10 s 10) behind Christophe Lemaitre (9 s 94) and Jimmy Vicaut (10 s 05), a time that is not probated because of too much wind (+2.6 m / s). The same year, he was the last torchbearer of the France team in the 4 x 100 meters final at the European Championships in Helsinki, where he won a bronze medal as well. At the Herculis meeting of July 20, 2012, in the absence of Lemaitre and Vicaut, he contributes as the final torchbearer in the 4th place of the team of France 38 s 78, also composed of Ben Bassaw, Pierre-Alexis Pessonneaux and Ronald Pognon . 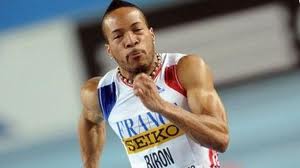