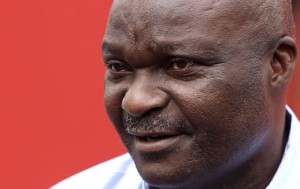 Two months after the underperformance of the Afcon 2013, Algeria of Vahid faces on March 26 Benin in the framework of the third day of the second round of the playoffs of the Brazilian World Cup.

This early phase is not synonymous of the decline of the Algerian football according to Roger Milla.

The former flagship of the Indomitable Lions of Cameroon believes that the Fennecs will quickly find their level: “The Algerian team is a very young team that is rebuilding itself and I think that very soon, they will find their level. I add to this that with a coach like Halilhodzic, they will good results. “

The Greens aim to be in Brazil. But for now, they rank second in Pool H with behind the Squirrels of Benin, leader with 4 points.

Remember that only the first of each group will qualify for the third and final round of the playoffs in the African region.