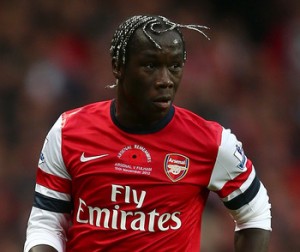 Bacary Sagna should no longer be under the orders of Arsene Wenger next season.

According to The Guardian, the right side of Arsenal should be pushed out next summer.

Linked to the Gunners until June 2014, the French international, 30, should be in a new peak fall.

The former Auxerre player arrived in the London club in 2007, he had two big injuries in recent months.