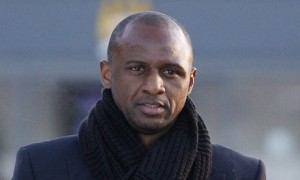 Guest on the show “Luis Attack”, Patrick Vieira, the Development Manager of Manchester City, said he wanted to continue with the Skyblues.

“I’m still in the phase where I learn. I spent a little time in each department. I have a more comprehensive view of what the football in a club is about. I will continue in this club, he says, thus excluding any return to his first club in the Premier League, Arsenal. All doors are really open to me. There are people who want to see me succeed, who are well on the human level. This is a club that is ambitious. Recruiting players, go and meet young players, it’s interesting. There’s the new training ground which will be ready in 18 months, it’s interesting. “.

If it pleases in the Citizens, the 1998 world champion with the Blues hopes that it will be for his young compatriot Samir Nasri who returned to his best “I hope he will stay even if he spent a difficult season, said Vieira. When Samir is at the top, what a great time when he has been lately! He is one of the best players at his position in Europe. ‘