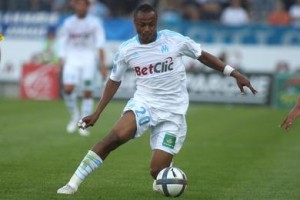 Despite his suffering due to his knee pain, the Ghanaian Andre Ayew is always demanded by his coach Elie Baup. The Phoenician often holds with his club during the meetings of the League 1 in France.

At a press conference on Thursday before receiving Brest in the 33rd day, the French coach is back on the good behavior of his Black Star.

“There are players who grit their teeth as André Ayew. I want to emphasize this because he is truly exemplary. It’s been several weeks since he plays with a real pain in the patellar tendon and it’s really hard for him. And he makes great games, “he said.

André is fancied by Liverpool in the Premier League.