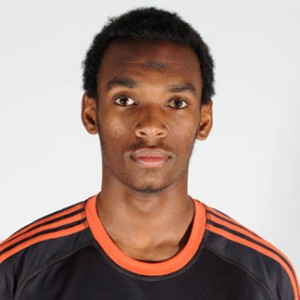 Rafidine Abdullah has become an example for all the young people of the training center of Olympic of Marseille at the beginning of the season. The Comorian has succeeded to settle permanently in the effective pro. The young player was the surprise of the first half of OM season. Henceforth the midfielder is significantly slowed in his momentum since the beginning of 2013. Abdullah joined the reserve team of OM despite interesting performances whenever Elie Baup  called him. The Phocéen of 19 years does not take for all that umbrage, because he knows that before him, Romao, Cheyrou and Barton are more experienced.
“The coach knows that it is difficult for me to manage the yo-yo between the professional team and the reserve, but everything is all right, it is part of football. I learn every day. I do not have to complain, far from it. I’m still in Marseille; I have the chance to train with the pros. I’m content with all this for the moment; I take it with great enthusiasm. I’m doing very well with the competition. I don’t have any problem with those who are ahead of me today. They advise me and teach me a lot. With Benoit Cheyrou and Alaixys Romao, who have a lot of matches in League, I can only learn. Rubbing shoulders with these people, with Joey Barton also enables me to progress further and faster with the ambition to exceed them one day. “