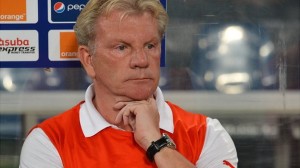 Paul Put is not yet done with legal troubles. Involved in 2004 in a large case of match-fixing when he led the Belgian club of Lierse, the coach of the Stallions of Burkina Faso will soon answer charges in a Brussels court. After an investigation by the Belgian Football Association, he was sentenced to a lifetime ban. A penalty reduced on appeal to a three-year suspension after his appeal in cassation sentence.

Sport / Voetbalmagazine informs that “the lawsuit at the Brussels Criminal Court on the issue of fraud in the world of football during the seasons 2004/2005 and 2005/2006 will start on September 13.”

Paul Put and 30 others were charged “with private corruption, involvement in a criminal organization, money laundering and extortion.”

The case dates back to the seasons 2004/2005 and 2005/2006. The Chinese businessman Zheyun Ye tried to buy matches of several clubs in the first and second divisions. He succeeded with Lierse, club in which he invested La Louviere and Geel. Other players, of Sint-Truiden and FC Brussels, were also bribed by Zheyun Ye.

In 2005/2006, a report by the Flemish “Panorama” program entitled “De tackle van de mafia” and released broadcasted in February 2006 can shed light on this vast network of scam.

The Chinese businessman takes to his heels. Ye will be found later in the Wenzhou area in China where he had taken a job as a representative of the local chamber of commerce.