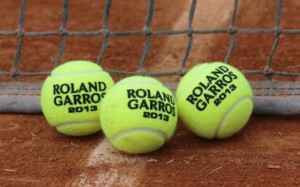 The last guests to the quarter aces of Roland Garros will be known on Wednesday. Before the poster expected and desired between Rafael Nadal and Novak Djokovic, the two men must successfully negotiate their match of the day.

Defending champion Nadal will face the Swiss Stanislas Wawrinka on the Central, for a remake of the final Masters 1000 Madrid. Djokovic, the world No. 1, crosses at his side the veteran Top 50 ATP, Tommy Haas on Suzanne Lenglen court. The German of 35-year-old ended the unbeaten run of the Serbian Miami.

In the women’s draw, Maria Sharapova will face Jelena Jankovic. The duel between two former No. 1 WTA Tour promises to be highly competitive on the Philippe Chatrier Court.

Like yesterday, the first shots will kick off at 12h UT.

Posters of the day