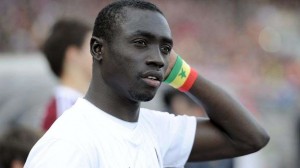 No excuse is permitted for the Teranga Lions moving to Luanda to face Angola in the 2014 Brazil World Cup playoffs. They know it and they talked to one another. After the misstep of the third day in Conakry, Senegal must redeem itself, it is the goal of this match against Angola.

“I said that such errors should not happen to us, as professionals, we need to avoid such mistakes that happened against Uganda and Angola,” he said to sports daily, Stades.

Nobody is the cause of the poor performance of Senegal he added. Senegal, the first in its pool with five points, will faces on June 8 Angola (three points) in Luanda before going to play its fifth day, on June 15 against Liberia in Monrovia, the second group with four points to the counter