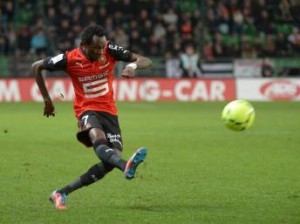 Rennes made its return on Monday with its new signing with Sylvain Armand and under a new coach Philippe Montanier. Key player in the device of the former coach Frederic Antonetti, Jonathan Pitroipa had a difficult end of season “The end of last season was difficult because I was tired when I got back from Afcon, after the tournament we had to go first in the country. I came home and I was sick because of the temperature change, “said the Stallion of Burkina-Faso who hopes to use the preparation phase to be in possession of any new capacity for a great season.

“Here, I begin to get fit but I would not say I’m at 100%, he says. Physically, I had a little difficulty and technically, I began to recall the feeling I had before. Now we must get back into shape to chain matches. “