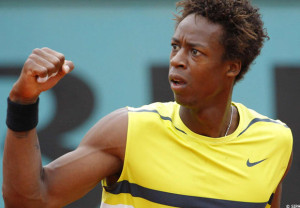 Gael Monfils advances to the second round of the tournament in Stuttgart.

In a Franco-French confrontation, the Guadeloupean has defeated Paul-Henri Mathieu. The Caribbean obtruded in two sets, 7-6, 6-4 in 1:42.

Monfils was able to rely on a good service, slamming 16 aces. He will face the seeded number two, Philipp Kohlschreiber in the next round.

The French who was not at Wimbledon will attempt to revive in Stuttgart.