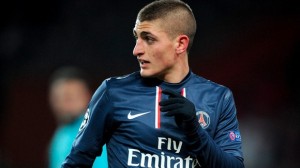 Marco Verratti will remain in Paris as Africa Top Sports.com reported despite the forcing of Naples who necessarily wanted him

But suddenly, he took the opportunity to renegotiate his contract and get an increase!

He signed an extension of one-year contract, until 2018, accompanied by a salary increase.

We just learned that he henceforward perceive 3 million Euros per year at PSG. Not bad! Naples, thank you!

Marco Verratti joined PSG in 2012. The Italian international midfielder of 20 years has extended his contract until 2018.