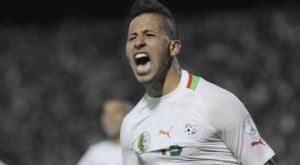 The interest of Inter Milan for Saphir Taïder has continued to swell during this transfer window. Everything now seems to indicate that the Algerian international will soon settle down in Lombardy.

Sky Sport Italia says in effect that the midfielder of 21 years is expected this Tuesday at the Nerazzurri to spend the traditional medical visit prior to the signing of the contract. The Fennec will thereafter sign his contract that will bind him to Inter for the next four seasons. Very reluctant to release his nugget, Bologna would finally deliver him in exchange for 5.5 million Euros.

For its part, the newspaper Il Corriere dello Sport affirms that Taïder will receive an annual salary of 800,000 Euros and can be used right for the match against Genoa on Sunday as part of the 1st day of the Italian league.

At Inter, he will join his compatriot Ishak Belfodil who also landed there this summer.