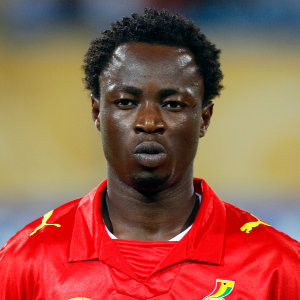 FIFA under-20 World cup Gold medalist Ransford  Osei has refused to renew his contract with league champions Kumasi Asante Kotoko. Osei joined kotoko in July 2012 and was very influential in last season for the Porcupine Warriors helping them to lift the trophy. The 22-year-old’s existing contract with the Premier League champions is up by December.
Informal talks have been held to have the former Ghana youth star to renew his running out contract. But the striker is unhappy with the new terms being offered by Kotoko and has resolved to run out his contract with the Porcupine Warriors in order to leave as a free agent, according to Metro FM. The club however remains hopeful of sealing a contract extension with the former Maccabi Haifa striker before his existing deal expires in December.
Osei was not part of the Kotoko squad that retained the Super Cup title with an impressive 3-0 win over Medeama on Sunday.