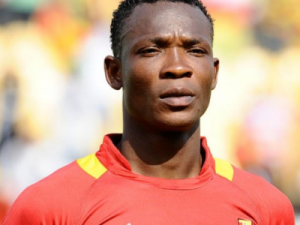 After admitting  his wife saga has affected his football carrier, John Pantsil is now planning to join Ghana league champions Kumasi Asante Kotoko.
The 32 year old defender who is believed to be a free agent after being released by Israeli side Hapoel Tel Aviv last season is looking forward to earn a call up to the Black Stars but believe earning more play can attract coach Kwesi Appiah’s attention on him. Paintsil believe joining the league champions will not only earn him a call up to the Stars but will also help revive his football carrier.
Meanwhile, more senior players like former Hearts of Oak defender Dan Quaye, Don Borteye, Kotoko whizkid Stephen Oduro, Louis Agyeman, and others will feature for their respective clubs in this season’s league.