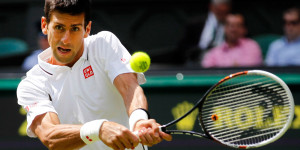 To reclaim his N°1-ranking, the China Open Trophy winner asserted that he wants to perform firework in the rest of the year’s compettions.

He therefore got rid of Spaniard Marcel Granollers yesterday to reach round 3 in Shanghai Masters 2013.

“There’s several tournaments left for me, this included, where I will try to go as far as I can to eventually have an opportunity to get back to No. 1 but it doesn’t depend only on me, it depends on Nadal. Now to build that confidence, try to be more aggressive on the court and get my game back to where it should be, that’s the primary focus,” he Djokovic said.