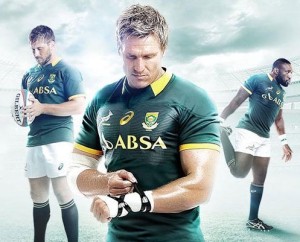 The South African Rugby Union (SARU) has changed supplier in August by signing a six-year contract with Asics. The company announced on Friday, the new jersey of the Springboks in Cape Town.

If at first glance no revolutionary thing seems to emerge on the new Jersey, “the new jerseys enjoy the MOTIONDRY technology that allows players to wear a fitted fabric while allowing maximum freedom of movement and temperature control. The seams are reinforced to avoid tearing and materials reduce the risk for the player to be caught by an opponent,” said Asics.

The home shirt is always green. The Springboks should wear for the first time their new jersey on June 7 during a game against the World XV.

Before participating in their sixth World Cup in 2015, South Africa will seek to end the domination of the All Blacks in the Rugby Championship. 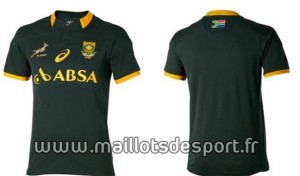