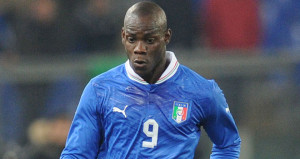 Former Italian great footballer and former star of the national team, Roberto Baggio observed carefully Squadra Azzura. Three weeks ahead of the kick-off of the World Cup, the former striker believes in the qualities of the Italian team and especially the talent of Mario Balotelli. For him, the Italian striker of Ghanaian origin has everything it takes to lift up the selection.

“I hope that Balotelli will do better than me at the World Cup 94 because he has the qualities to do so. Everyone expects great things from him. I think Mario just needs to understand the great potential that is in him and know how to use it for the collective service “, suggested the former glory.