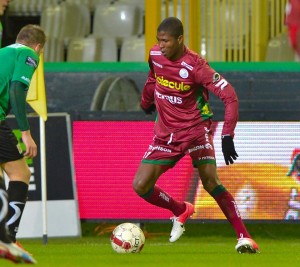 Midfielder at Zulte-Waregem, Ibrahima Conté does not leave indifferent Anderlecht. Author of an excellent second half of Jupiler Pro League, the Guinean international is coveted by Anderlecht.

The 23-year-old, who has extended his contract with Zulte, could evolve in the colors of Anderlecht next season. Indeed, Anderlecht would be more and more interested in Ibrahima Conte. And the Brussels club would be willing to make an undeniable offer to the Essevee leaders.

Anderlecht wants to recruit Ibrahima Conte, but Zulte-Waregem does not want to let him go. The Essevee makes good deal since according Nieuwsblad, the club has decided to increase the buyout clause of Conté. It is now ranges between 3.5 and 4 million.

This does not disturb the direction of the Mallows. Anderelecht should pay the transfer of the attacker with a minimum of 4,000,000 Euros. Conté had left Ghent for 800,000 Euros.