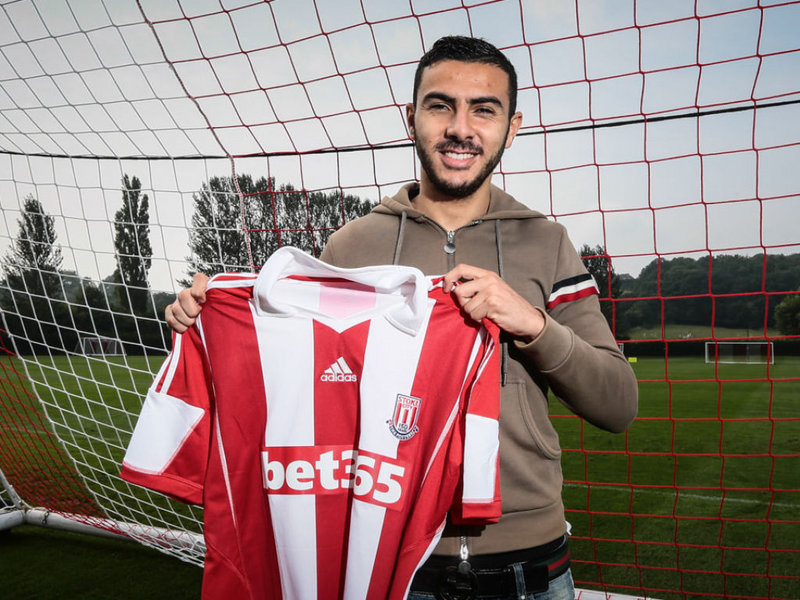 Oussama Assaidi should sign for Stoke City. Author of a good season, oussama Assaidi fully gave satisfaction to the persons in charge of the Potters and their manager, Mark Hughes. The Moroccan should continue his career in Britannia Stadium.
In the view finder of Anderlecht last winter, Oussama Assaidi should join in a definitive way Stoke City, according to Sky Sports. Lent by Liverpool last season, he should this time be sold to Potters. The coach of Stoke City, Mark Hughes, wishes to send him back to that club and should spend about 5 million pounds on the Moroccan.

Osama Assaidi signed on behalf of Reds in 2012, without succeeding in giving way in Brendan Rodgers’s staff afterward. The player clearly had much more time to play with Potters. The evidence is that he competed in 25 matches all competitions together among which 12 as holder for a total of 5 registered goals. Under contract with Liverpool until 2016, the 25-year-old player will have to get much time to play and be healthy in order to hope competing in the Africa Cup of Nations 2015 that will take place in Morocco.