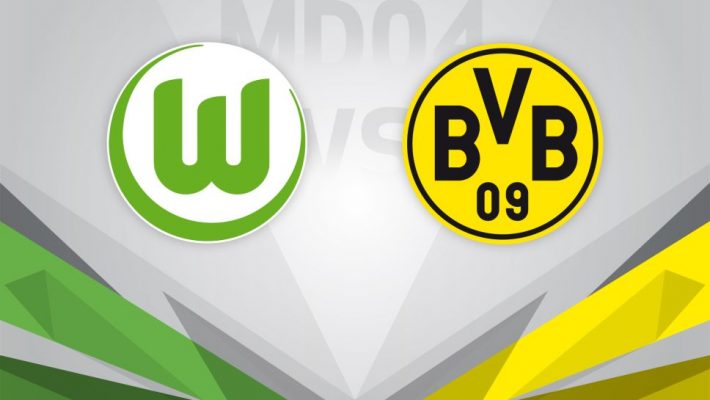 On May, 23rd, the game of the 27th day of the German championship will take place with Borussia Dortmund on their pitch.

Bets on the result

Borussia Dortmund has vigorously come out from their quarantine holiday. On May, 16th, Lucien Favre’s players smashed Schalke down 4:0 on the pitch during the Ruhr derby. Rafael Guerra made the double, and Julian Brandt made two assists.
Borussen has problems in the support area (Axel Witsel and Emre Can were injured), but this has no impact on the results yet. The team is four points behind Bayern and is still in contention for the championship.
We can bet that the Borussia will continue his five-win streak in Wolfsburg with 1.79 bet.

Bets on the handicaps

Wolfsburg occupies the sixth row of the ranking in the German championship (Europa League zone). Oliver Glasner’s team had no loss in the last seven national games (4 wins, 3 draws).
On May, 16th, the wolves played against Augsburg in the absence of their top scorer, the Dutch, Wout Weghorst. They successfully scored three points with a goal from the alternate, Daniel Ginczek in the 90th minute (2:1).
It should be noted that Wolfsburg had very badly played against Borussia during the last six personal games; the wolves scored only one point and did not succeed in scoring a single goal!
Put in the match to come on the guests with a handicap of “-1.5” goal with a good score of 3.0.

The bets on totals

As noticed, Wolfsburg has not beaten Borussia since 2016. And greater, the team of Glasner is the least successful in the leading group (36 goals in 26 games).
Borussia scores a lot, but usually on their own pitch. Wolfsburg’s game may not be the most open. You can bet on a total of less than 2.5 with a score of 1.54.

Both teams have not lost for the national title a long time, but I guess Dortmund’s chances are much higher.
They played more convincingly after a long break, and Borussia can’t afford losing points in the championship race. I will choose the neat victory of the guests.
Especially for readers of our site when registering on bookmaker 1xBet, there is a promotional code AFRICATOPSPORTS that will allow you receive a bonus on the first deposit not 100%, but 130%.